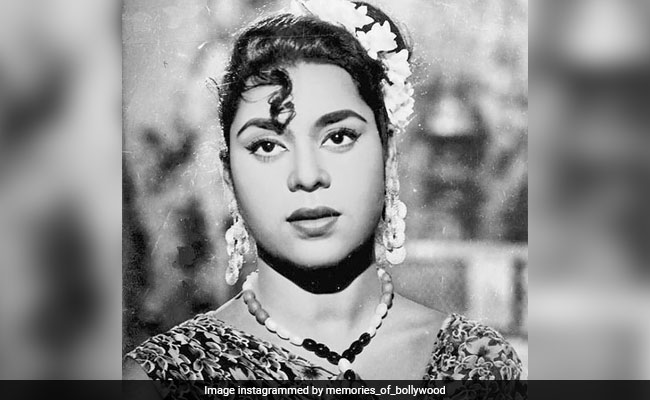 Veteran actress Kumkum, who was introduced to Hindi films by legendary actor-filmmaker Guru Dutt in the 50s, died in Mumbai on Tuesday, reported news agency PTI. Kumkum was 86 and died at her residence in Mumbai’s Bandra after battling age related ailments, the PTI report cited her sister-in-law Shenaz as saying. “Her last rites took place at Mazgaon cemetery,” she added. Kumkum, who was a popular actor in the 50s and 60s, starred in over 100 films during a career spanning over two decades. Kumkum, who hailed from Bihar’s Hussainabad, was born as Zaibunnissa and was discovered by Guru Dutt, who gave her a break in his 1954 film Aar Paar as a dancer in the song Kabhi Aar, Kabhi Paar. She also played a small role in Guru Dutt’s 1957 movie Pyaasa.

Kumkum starred opposite Kishore Kumar in several movies and songs such as Sultana Sultana from Shreeman Funtoosh, Ijazat Ho Toh from Haaye Mera Dil and Machalti Hui from Ganga Ki Lahren, are some of their popular onscreen appearances. Kumkum was also a favourite of writer-director Ramanand Sagar, who cast her in movies such as 1968 film Ankhen,1970 film Geet, 1972 film Lalkar and 1973’s Jalte Badan.

How Sonakshi Sinha Is Fighting A “Pandemic Of Trolling”

Payal Ghosh slams all those supporting Anurag Kashyap: There are a thousand efforts everyday to suppress my voice | Hindi Movie News