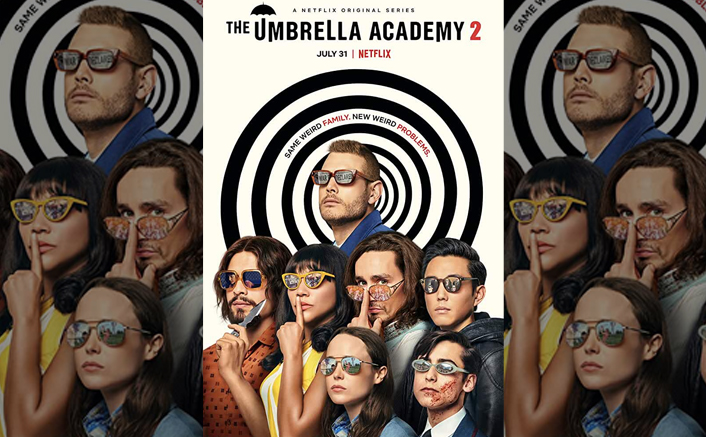 The season 2 of much loved American superhero TV series, The Umbrella Academy recently started streaming on Netflix. Whenever season 2 of an already loved series arrives it has to meet the higher set of expectations. The Umbrella Academy season 2 also had huge expectations and it seems to have most definitely surpassed them. What’s even more exciting is the fact that it has already set the stage for season 3.

The way season 2 of The Umbrella Academy has ended, it has left many people craving for the next one. The season 2 of the show has blown several minds and has given some beautiful dialogues too which people can’t help sharing on Twitter.

Take a look at some of the reactions from Twitterati.

THE UMBRELLA ACADEMY SEASON 2 HAS AN AMAZING SOUNDTRACK!!!! #TheUmbrellaAcademy pic.twitter.com/jF2THCyNVH

ok i did not expect that. i need s3 asap.#TheUmbrellaAcademy pic.twitter.com/iD5PSrlbni

What a great plot, great story

See you in season 3 #TheUmbrellaAcademy

For another one and half years again? 🤔🤔🤔

“You are an open book written for very dumb children.” #TheUmbrellaAcademy

I BINGED ALL OF SEASON TWO, I NEED SEASON THREE ASAP!!!! #TheUmbrellaAcademy

The point is….frogs are bitches.-Klaus#TheUmbrellaAcademy is pretty stellar so far 👍👍

Meanwhile, Tom Hopper who plays the role of Luther Hargreeves in the show opened up about his son Freddie, who is nonverbal after receiving his autism diagnosis. The diagnosis was conducted before the child’s fifth birthday in March. In an interview with People magazine, Tom said, “We thought, we’ve got to do this for the parents that are going through this so they don’t feel alone. Because it can be a very lonely time.”

Since the diagnosis, Tom and his wife have been sharing videos and photos on their social media accounts, speaking about and sharing their experiences with other parents going through the same.

He added, “You have to trust each other and the journey. The right things will happen eventually, but it doesn’t happen overnight. My son has autism, and he amazes me every day. His brain just works in a different way.”

A Letter That “Made” Chelsea Fan Abhishek Bachchan’s Week

“I Am Quite Alright,” Tweets Kanye West After Concern About His Mental Health

Subramanian Swamy Talks About The Late Actor’s Feet Being Twisted

“I Am From A Film Family, I Should Have Been In Varun Dhawan’s Position”