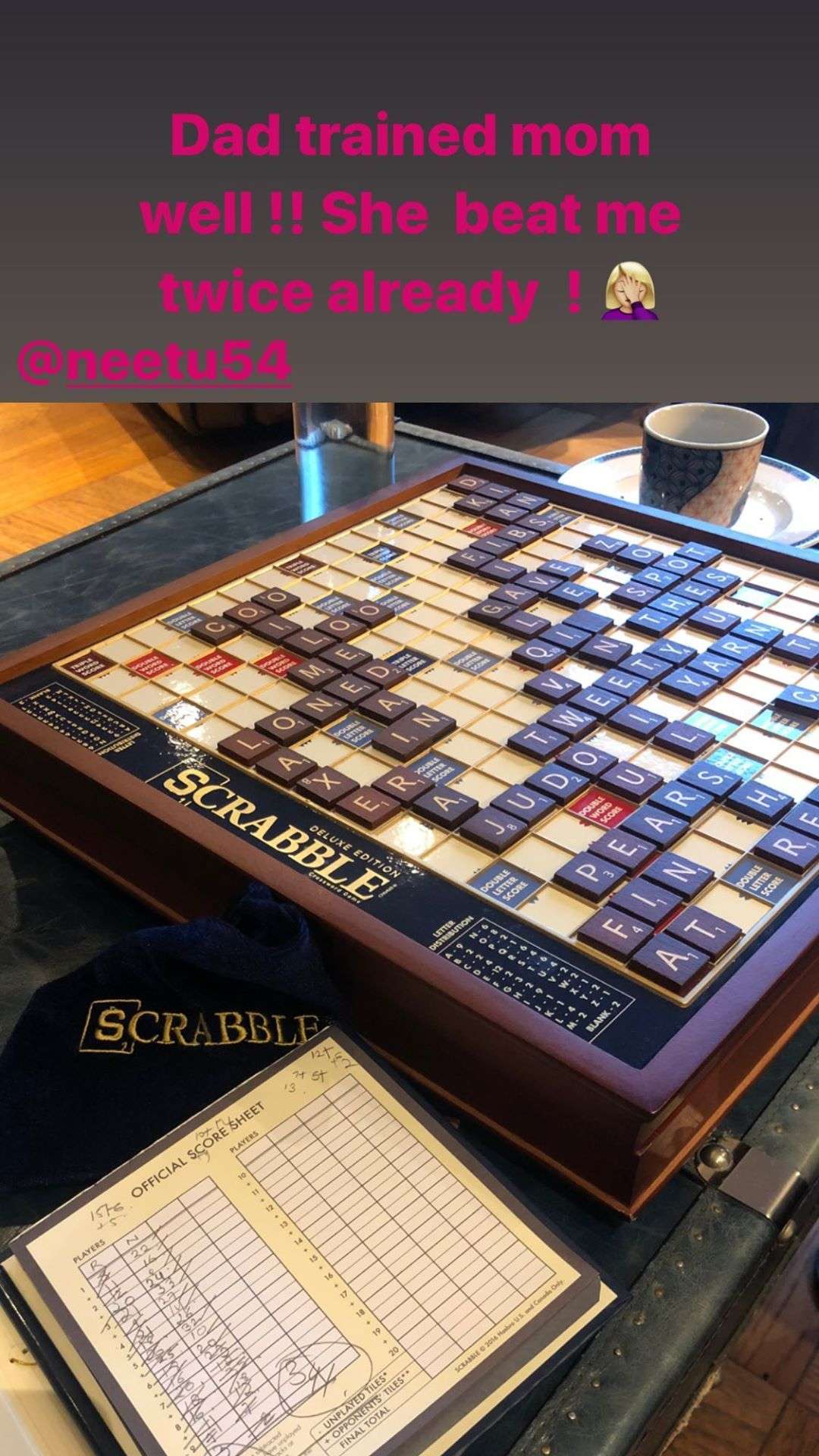 Riddhima Kapoor Sahni has been posting throwback pictures of her father and late legend, Rishi Kapoor, on Instagram. Riddhima is in Mumbai to be by the side of her mother Neetu Kapoor after Rishi passed away on April 30 due to leukaemia.

Today, she took to the photo-sharing app to post a picture of a scrabble board and added a caption where she revealed how Rishi has trained Neetu well. The caption read, “Dad trained mom well !! She beat me twice already!” along with a facepalm emoji.

Riddhima arrived in Mumbai two days after the demise of her father due to nationwide lockdown. She watched the funeral through a video call.

Meanwhile, for the unversed, Rishi Kapoor was diagnosed with cancer in 2018 and he underwent treatment in the US for the same. However, the cancer is reportedly said to have relapsed and the actor breathed his last at a Mumbai hospital.

On the work front, he was last seen in ‘The Body’ co-starring Emraan Hashmi.