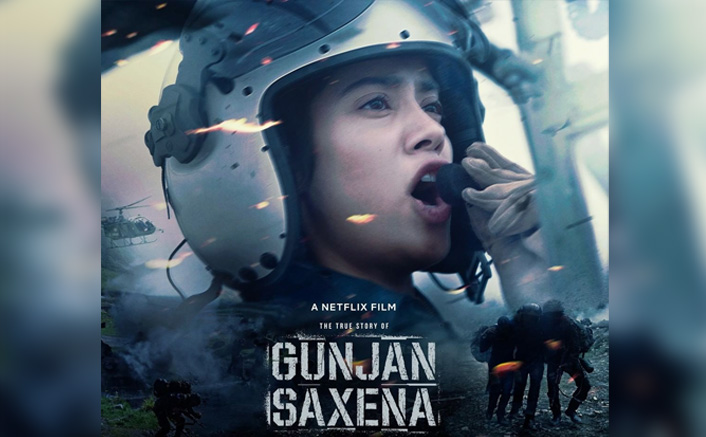 Gunjan Saxena: The Kargil Girl Trailer Review: When it was announced that Janhvi Kapoor will be playing the character of Gunjan Saxena (First Lady IAF Pilot) in her biopic, the news raised quite many eyebrows. While she made a promising debut with Dhadak, a lot of people had doubts if she would be able to carry such a powerful character on her shoulders.

As the trailer of Gunjan Saxena arrives today, Jahnvi Kapoor has answered all those questions perfectly. While she looks every inch a pilot in the trailer, her performance is also pretty good. From being a passionate naive to a real pilot, she expresses her emotions well and I am glad to see her growth as an actress. Pankaj Tripathi is there and no matter how much we praise him, it’s going to be less. The brilliance in his simplicity is unparalleled and you can’t look at anything else when he is in the frame. Angad Bedi, Vineet Kumar Singh & Manav Vij also look good in their own respective roles.

The trailer of Gunjan Saxena: The Kargil Girl also shows a few moments in which you get to know how difficult it would’ve been for her to create her place somewhere which is meant to be for ‘Men only’. When she loses arm wrestling again and again against Vineet’s character, when she can’t find ladies toilet at her workplace and when her colleagues call her ‘weak’, it hits you hard. But the way she takes it in the right spirit and continues to put in efforts to achieve what she is set for makes an even bigger impact. Apart from this, there are some really heartwarming moments between Gunjan Saxena and her father played by Pankaj Tripathi and they are surely going to make you emotional and smile too.

Overall, Gunjan Saxena: The Kargil Girl’s trailer is a winner all the way. I am definitely looking forward to the film.

Directed by Sharan Sharma and produced by Dharma Productions, the film will release directly on Netflix on Aug 12.