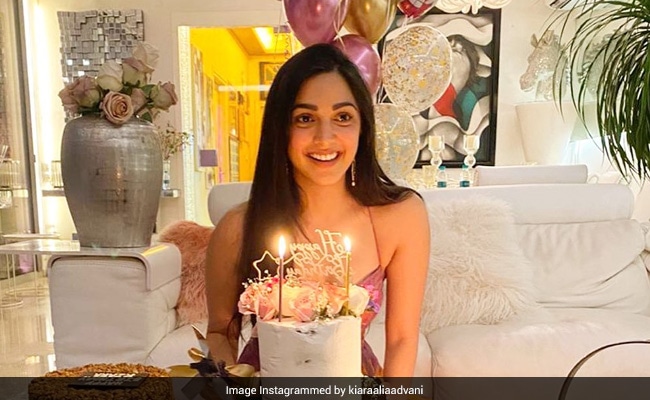 Bollywood actress Kiara Advani, who celebrated her 28th birthday on Friday, shared a picture from her birthday festivities on her Instagram profile on Saturday morning. In the photograph, Kiara can be seen smiling for the camera as she poses with her birthday cakes. Kiara added a thank you note along with her picture and she wrote: “With a heart so full of love and gratitude I thank you, my family, friends and fans for all the love, blessings, videos, messages, calls and good wishes you have showered me with this birthday. Feeling so loved. I pray you are as happy, healthy and safe as I feel right now. This means everything to me. All God’s blessings.” In the comments section of her post, Hrithik Roshan wrote: “Happy birthday Kiara! Wish you a super year ahead.”

Take a look at Kiara Advani’s post here, you can thank us later.

Kiara Advani stepped into Bollywood with the 2014 film Fugly. However, her breakout film was 2016’s MS Dhoni: The Untold Story, co-starring Disha Patani and late actor Sushant Singh Rajput. Kiara has also been a part of films like Bharat Ane Nenu, Vinaya Vidheya Rama,Kabir Singh, co-starring Shahid Kapoor and Machine, among others.

Here’s How Salman Khan Wished His Fans This Year