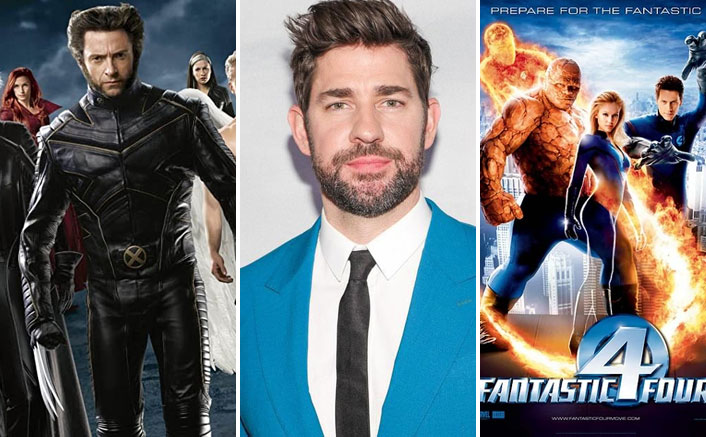 Marvel is expanding its universe, and ever since Disney’s takeover of 20th Century Fox – there’s no looking back. Recently, rumours were rife that The Office fame John Krasinski is in talks with President Kevin Feige for his entry into the MCU. After giving us the grand Avengers: Endgame, looks like there’s some development there along with some exciting news around X-Men and Fantastic Four.

Remember all the scoop you got on Avengers: Endgame even before release? Be it about Chris Hemsworth AKA Thor being overweight or Captain America’s Hail Hydra scene, all of the info was actually leaked by a Marvel insider, Roger Wardell. He has now unveiled the possibilities of Fantastic Four and X-Men making way into the MCU. And looks like the John Krasinski news is turning into a truth too!

The latest piece of information by the insider reveals that Marvel is indeed developing their plans of a multiverse universe, and it will be explored with Doctor Strange In The Multiverse Of Madness. The film will justify the absence or mention of X-Men and Fantastic Four in the MCU so far, and pave way for new beginnings. Furthermore, it is being said that the new plotlines witnessing the reunion of Avengers all over again will also be dealt with. (We already can’t keep calm!)

John Krasinski’s entry into the Marvel Cinematic Universe is on the dotted lines too. The actor is indeed the first choice for the role of Reed Richards in Fantastic Four reboot. So The Office actor may not have made the cut for Captain America and joined the Avengers, but this one just may turn out to be his ultimate shot!

“MCU’s Fantastic Four and X-Men will be primarily based on their Earth-1610 counterparts. John Krasinski and Giancarlo Esposito are in talks to portray the leading roles. Ultimatum WILL NOT be adapted to the MCU,” revealed Avengers: Endgame insider, Roger Wardell.